It can be a nightmare situation for a pet owner. Your companion animal has eaten something they shouldn’t have. Something dangerous, like a cat nibbling on a toxic plant or a dog that has downed a good amount of chocolate. You have to act quickly because there is a risk the animal suffers a terrible illness – or maybe worse.

Dr. Jessica Scott has seen that unfold at Woodbine Animal Clinic. The practice will receive on average of a call a week from an owner inquiring if they need to be concerned after their pet ingested something. She adds that Woodbine will probably treat a case about once a month, though incidents at emergency clinics are more frequent. There is a seasonal component to the number of calls, with Easter, Halloween, and Christmas being understandably busier because of the abundance of chocolate, and in the latter holiday, an influx of Poinsettia plants.

“There is that curiosity factor with puppies and kittens,” Dr. Scott says. “But it’s usually about trying a different flavour. So chocolate is a no-brainer, and edible marijuana is another example of something to taste.

“Another thing we get calls about are pills. A pet owner may have spilled them and tried to clean them up but missed some. Or a dog just finds a pill bottle and chews on it.”

Here are some of the most common items of concern:

Chocolate is a threat to dogs, especially the dark variety. It contains theobromine, which the animal isn’t able to metabolize. After eating some, a dog could show various symptoms like vomiting, diarrhea, increased body temperature, rapid breathing, and seizures, among others. To determine the level of concern, it’s important to know what kind of chocolate was eaten and the quantity. Time is crucial. If it’s determined that the dog has eaten enough chocolate to be toxic, there is a window of about 30 minutes to get it out of their system.

“When somebody calls, we ask for the details to determine if the dog is in a toxic zone,” says Dr. Scott. “Very often, they’re not. We suggest watching for vomiting or diarrhea and to be prepared for slimy stools. They should keep an eye out for the foil or wrapper that went in with it. But if it’s in the grey zone or higher in terms of toxicity, we need them to come in.”

Treatment: Vomiting (can be induced by using hydrogen peroxide) followed up by a dose of activated charcoal. If you cannot get the animal treatment within 30 minutes, you can try the hydrogen peroxide method at home. To determine the need for help, try this tool at https://www.petmd.com/dog/chocolate-toxicity or download the “Chocolate Toxicity Calculator” from the App Store.

Prevention: Awareness. Make sure anything containing chocolate is stored away in a spot that the dog cannot reach. Be extra vigilant during those holidays when chocolate is available in large quantities.

Lilies are lovely flowers. But they present a huge danger to cats. Every part of the plant can be toxic for a feline friend.

“I had to teach my husband because every so often, he would bring home lilies,” says Dr. Scott, a cat owner. “I said, ‘These are beautiful but they’re not coming in.’ It doesn’t take much for cats to be affected by them. They have sensitive kidneys. Just biting, chewing on the leaves or petals, or even drinking the water from the vase is dangerous. I treated a cat that drank some of the spilled water and it went into kidney failure. Lilies are very toxic.”

Treatment: Vomiting. It’s critical to bring up anything that is in the cat’s stomach so the toxins are not absorbed. Blood work is needed to determine kidney function, supplemented by IV fluids to flush the system. Activated charcoal in the form of a slurry is also used.

Prevention: Dr. Scott said it – just don’t bring lilies into the house if you have a cat. Click here for an insightful HGTV article on safe plants your cat can enjoy. And this link has a list of poisonous ones.

Marijuana is one of the most common dangerous items ingested by companion animals. And the frequency of cases has risen dramatically in recent years, coinciding with the legalization of cannabis in Canada.

“Some animals might chew on a little joint stub, but we commonly see pets that have ingested edibles or brownies,” says Dr. Scott. “They will be brought in looking stoned, really dilated, super lethargic, and if they’re really out of it, not able to hold their head up.”

There can be other effects, like a slow heart rate or dribbling urine. And while most cases don’t present a real threat, meaning the owners just have to ride it out with their dazed animal, a large amount of ingested marijuana can result in vomiting and seizures.

Treatment: In severe cases, the animal will require IV fluids because they won’t be drinking, and dehydration has to be avoided. Then you wait for the substance to get out of the system.

Prevention: With marijuana far more accessible than it used to be prior to legalization, common sense is important. Simply do not leave the substance around where an animal can get to it.

There is one common household item that is lethal for cats – acetaminophen (ie: Tylenol and other brands).

“We don’t see it as often but it’s brutal when it happens,” Dr. Scott says of a cat ingesting acetaminophen. “It kills them. There’s nothing that can be done about it. They have one little bit and they’re dead.”

So please make 100 per cent sure your acetaminophen is stored away in a cabinet. 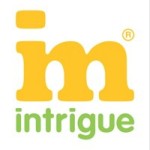 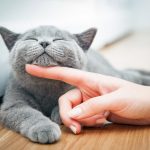 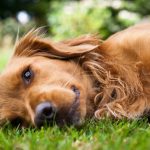